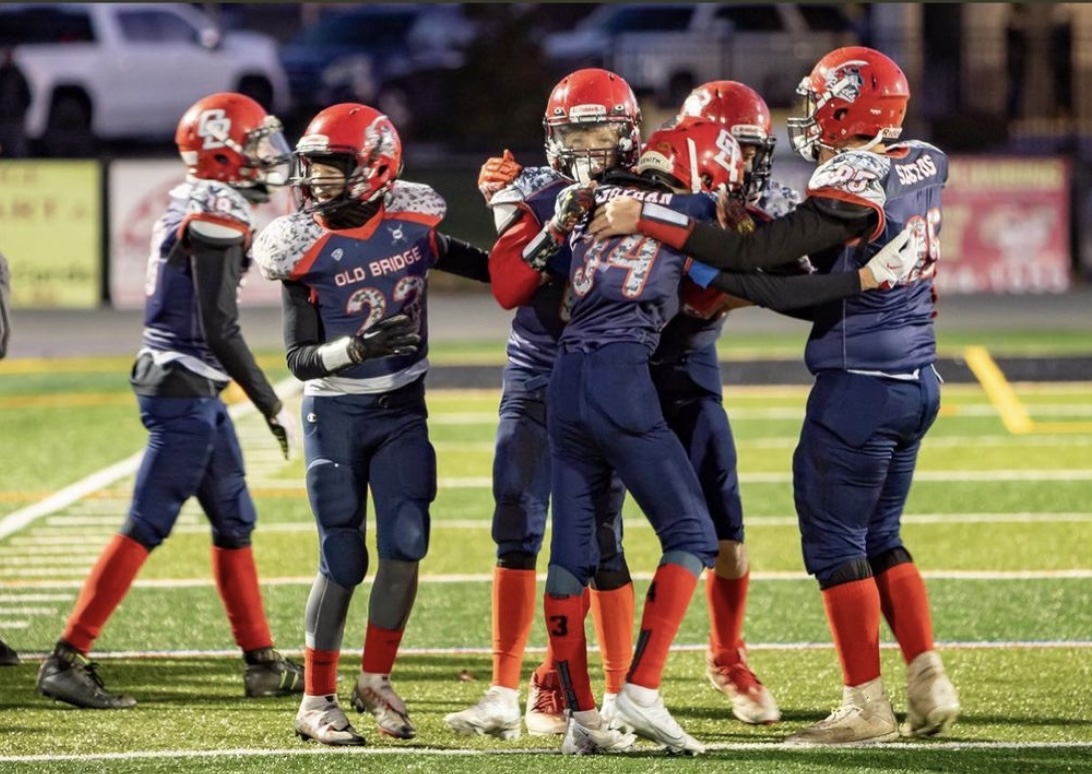 The past season I coached our 8th grade team and we went 10-0 and won our league championship. We were first in the league in scoring and first in our league in points allowed on defense. I started coaching this group at 7th grade- the 2021 season. In 2021, we went 8-0 in the regular season but lost to the defending champs in OT in the playoffs in 2021. So headed into 2022 we were on a mission. I will say that this was probably the toughest 10-0 season I was ever a part of. The kids weren’t bad kids, they just didn’t practice well and they sometimes made things much harder for themselves. It was a heck of a ride- let’s talk about it.

Our Jet Wing T System lead our league in scoring in 2021 and then again in 2022 as 8th graders. We also ran the Beast Formation Offense which really allowed us to just gut the defense for 5-8 yards a clip. We were very good offensively- a lot of which had to do with our no huddle system. Our play calling this past season was the best it’s ever been. Going no huddle allowed us to call the right plays against the defense we were seeing. It allowed us to control the pace of the game, while also making substitutions difficult for the opposing defenses. After this past season and the success we had with our no huddle, it’s safe to say we’ll probably never huddle again.

How we Lead our League in Scoring

If you have been following our website, you know we’re a 3-5 Stack Defense. It’s a defense that is great for youth football because it can easily adjust to any formation, allows you to be multiple and sound in any coverage, and it throws a lot of stunts and blitzes at the offense. We had the best defense in our league in 2021 & 2022 and it was a big reason why we won our championship this year. We were very sound defensively- we played our cover 3 80% of the time. Cover 3 is a great coverage because it keeps 3 defenders deep which helps eliminate big plays. We did a very good job of not giving up big plays. We did a great job stopping the run and not getting beat deep in the passing game. Against some of the more physical team we bent but didn’t break.

As I said above, this was one of the most challenging seasons I’ve ever had. Who would of thought an undefeated season would be so stressful! First off, I’ll say that our team did not practice well on a consistent basis. Some of that had to do with not mixing up practices enough, but in general the team as whole struggle to maintain focus no matter what we did. I guess it’s kids being kids. This year I need to figure out ways to make practices more fun and upbeat. We just didn’t do a good enough job of mixing up practices and changing things up.

Wed lead our league in scoring, we lead our league in total defense, but we also where probably towards the top of our league in penalties and we were good for at least one fumble every game. To be honest, of the 10 games we won 4 of them were close games- when honestly they shouldn’t of been. We would constantly make things harder for ourselves and many times scouting and excellent play calling made the difference. We just couldn’t play a completely clean game- it was probably because of our poor practices.

We struggled early on with fumbles / RB ball security. I will say that it got much better as the season went on and the kids eventually developed that muscle memory and learned the hard way that fumbling will not be tolerated. Also, many of our skilled guys played in 7on7 spring leagues which you know doesn’t help at all with ball security. In regards to protecting the ball, flag leagues create a lot of bad habits that we had to break early on once real football started. Every 7on7 game I’ve ever watched all I see are the kids swinging the ball around- it make me cringe.

The other major struggle was having 37 kids that all had to get 4 plays each. When you have 37 players you’ll get a lot of great and good players, but you’ll also get a lot of bad and really bad players. So it was challenging for us to get all these kids their required plays- so that did slow us down a little bit. Early on in the season it was challenging but as the season progressed we became much more efficient with getting these kids their plays in situations where they wouldn’t hurt us.

At the end of the day this was one of the best coaching job’s I’ve done in my 15-years of coaching football. These kids made a lot of mistakes and were not disciplined at times, but they played hard on gameday and competed. They faced adversity in big situations and came out on top each time. We did a fantastic job of coaching and the kids did a fantastic job of winning situational football. These kids were physical, tough, fast, and are definitely battle tested. I look forward to watching them do work when they play high school football! If they keep working hard and stay together they should make a nice run on the HS football level. Here’s the first of 3 highlight videos that are coming.

What to Take From This Article