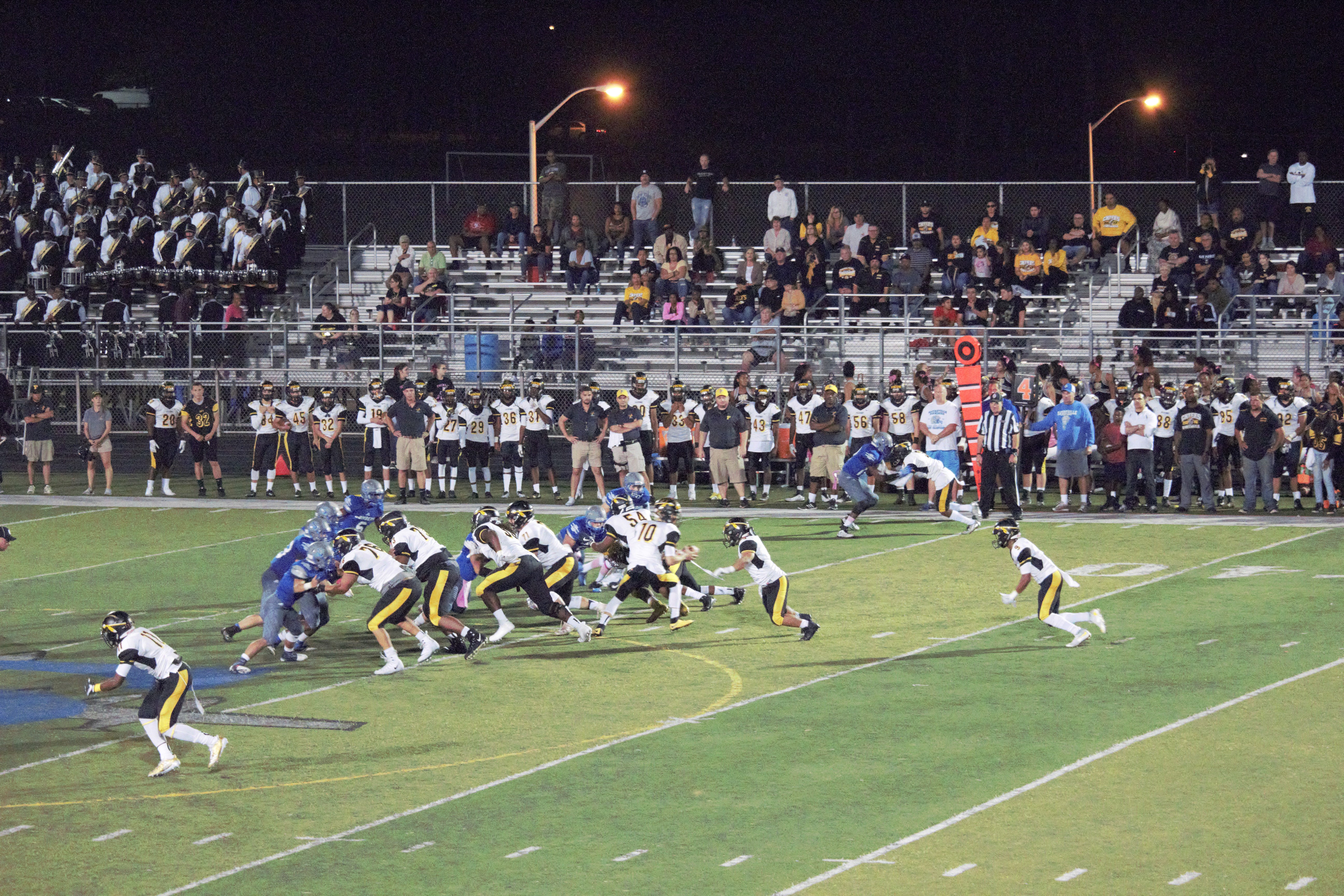 If you follow Youth Football Online you know how big of an endorser we are of the Jet and Rocket Sweep. In my opinion, Jet Sweep is the best play for youth football. It allows you to get your athletes the ball in space quickly. It also only requires you to block 2-3 defenders to get big time yardage. If you struggle upfront the Jet Sweep is a great way to take pressure off of your offensive line. What’s great about Jet Sweep is that any inside penetration won’t stop the play. So if you can’t get those defensive linemen blocked, that’s fine, just run Jet Sweep. Jet Sweep will make any defenders inside the box a non-factor.

Rocket Sweep is a play that I run when I coach kids 10 years and older. I won’t install Rocket with the younger kids because of the required outside pitch. The Rocket pitch is something that the younger kids tend to struggle with. Rocket Sweep is a great play that will stretch the defense out horizontally. Much like Jet Sweep, you’ll only have to block 2-3 defenders to gain big time yardage. Rocket Sweep will get your athletes the ball outside even faster.  Any defender inside the box do not need to be accounted for to gain big time yardage! The Jet and Rocket Sweep will force the defense to stretch horizontally, which will open up the inside run game.

The Wedge is a play we love to run off of our Jet Sweep. We will always wedge the center, we don’t wedge a particular defender.  This applies more so against double A-gap defender defenses. When we are facing a team with a NT, then we will wedge the nose. The wedge generates a lot of force and can lead to a huge play. When you have 4-5 offensive linemen driving it will serve like a plow and just push everything off to the side (in this case defensive linemen!). You will be able to get a lot of force generated even with small or weak offensive linemen. Wedge is a play we will always run, regardless of how good our O-line is. With that said, if you have a weak offensive line, the Wedge is a play that you need in your playbook. In my opinion, Wedge is a top 3 play for youth football. In addition, for a defense to stop the Wedge, they will need to commit defenders to stopping it. This will then open up off-tackle and outside attack plays.

We are an offense that utilizes unbalanced formations frequently. Unbalanced formations will create an extra gap for the defense to account for. It will also give your offensive linemen several blocking options since you have an extra blocker to that side. You can utilize double teams on disruptive defensive linemen. You can utilize down and kick-out blocks as well. The extra gap will create will create natural running lanes and seams in the defense. When you stretch the field horizontally, you will create natural running lanes for your running backs and give them space to adjust their path so that they can avoid penetrating defensive linemen. I love going unbalanced and running Jet Sweep, Wedge, Power, and ISO.

Beast Right 15 Counter Buck! This is a great counter play away from the strength of the formation. #groundandpound #youthfootball #coachinglife #football