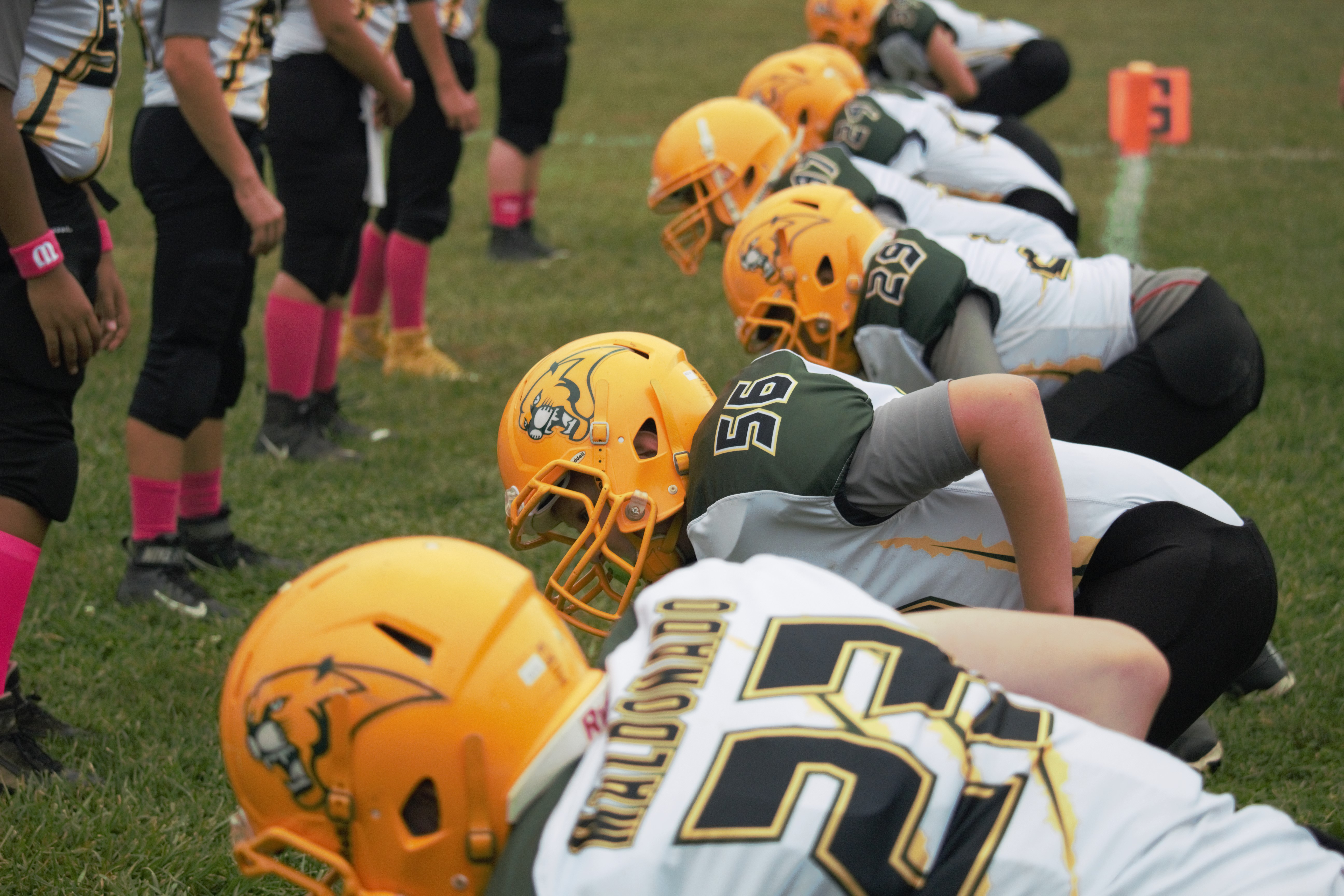 One of the most difficult things to do is find a balance at the start of the season. There are so many things that need to be worked on. From fundamentals, to install, to fitness, there are a variety of different things that must be improved before the first game. We use the Team Take Off as a way of combining our install and fitness.

Many times, especially at the youth level, coaches get a group of players that has not had any conditioning or installation. This is made worse when players are coming off their summer break. This puts the team in an immediate time crunch where not only do they need to install the offense but they need to get players in good enough shape to execute the plays. The Team Take Off Drill is so effective because it combines both of these goals for the whole team. The effect is a team that knows it’s plays and is in good enough shape to execute them.

The setup of the drill is very simple. The team starts with the ball on the 25 yard line. The coach will call a formation and play. The first group will step up to the line and run the play. The rule is that each player must sprint to the goal line. As soon as the first group is done the coach will blow a whistle and the second group has 7 seconds to get to the line and run the same play. You can continue this for as many groups as needed to ensure everyone completes the drill. Once everyone on the team has completed the play they will turn around and run the play coming back to the 25 yard line.

Related Content: Organizing Your Playbook as an Offensive Coordinator

One of the best parts of the drill is that it ensures the whole team will get reps of the drill. The biggest concern for coaches is the player who hangs out in the back and is able to get out of conditioning drill and not get any reps in practice. By having the players move down the field it exposes any players who have not gotten reps and allows them to get in. To make sure everyone gets a rep we will run the third group with everyone. This will mean that there may be multiple receivers, running backs and offensive linemen. These multiples will start their drill five yards behind the person first person in the group.

There are several ways to make this drill more of a conditioning drill. The first one is to add multiple plays into the drill. This can be done by moving the ball back to the 50 and going to the 25 and then resetting and going to the goal line. To add a third play the offense can start on the opposite 40 and go in 20 yard chunks. Obviously the key here is to have simple plays that players can get aligned in and run quickly. There are two main options. You can have players run multiple plays from the same formation, or you can have them run the same play from multiple formation. Either way they are getting lots of reps in a short amount of time.

Related Content: Organizing Your Playbook as a Defensive Coordinator

Another option to focus more on conditioning is to add a finish whistle on a timer to each rep. This whistle means that all players must be in the endzone by the time the whistle is blown. This tends to work best when there is a separate whistle for the ball carrier, the skill players and the o-line. This helps add to the sense of urgency and get them moving quicker.