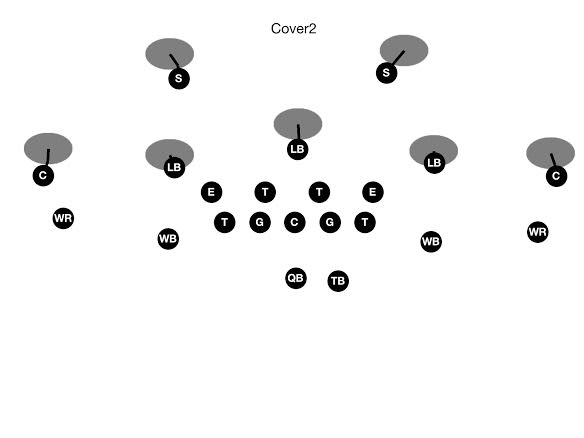 The outside receivers (3 & SE) will run go & fade patterns. The slot receiver (4) will run a post. The QB (1) will fake a handoff to the (HB). This fake to the (HB) will make that middle linebacker bite up for run.  You can work the TE into a passing route as well. I would have the (TE) block because this play does take a little time to develop.  The (HB) can release into the flat after faking. This will put that cornerback in conflict.