Home / Uncategorized / What to Look for in a Quarterback 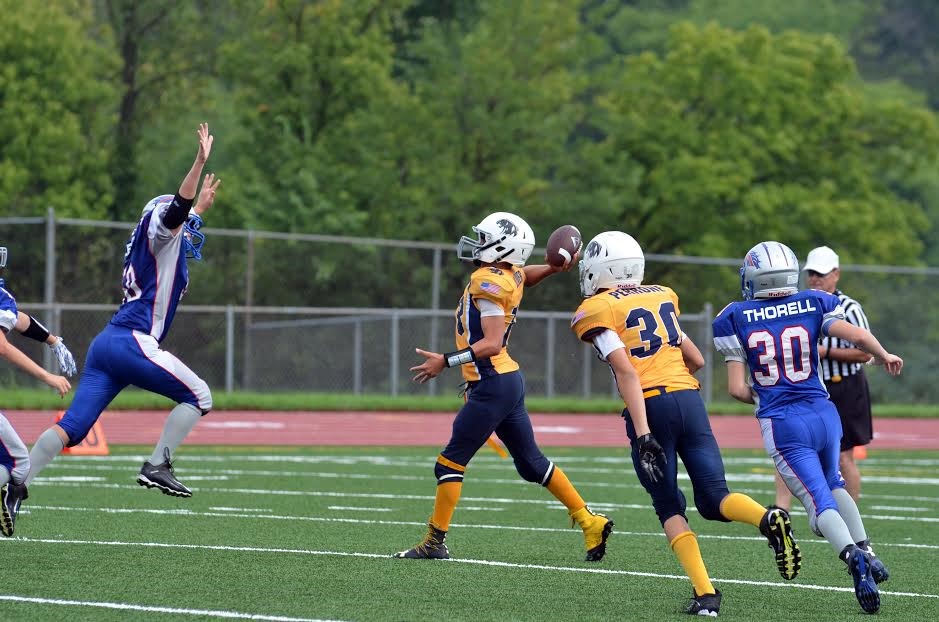 When determining positions for your players the first question you always have to answer is who can play Quarterback. Many coaches make the mistake of selecting their Quarterback based on the offense they would like to run. I would counter that at the High School level and lower it is better to have an adaptable system that you can change to highlight the strengths of your Quarterback.

What to Look for in a Quarterback

So if you can adapt your offense to the Quarterback the natural question is what are you using to decide who will be your Quarterback. This is far from an exact science but it is normally easy to spot the Quarterback among a group of kids. For me, I am always looking for athletes who people are willing to follow, athletes that have space awareness and the ability to make decisions under pressure. Regardless of the offensive system, if a Quarterback has these three qualities they have a chance to have success.

The ability to lead a group of individuals might be one of the most important characteristics of a Quarterback. If your offense is a huddle based offense the Quarterback will be addressing the huddle directly before each play. These interactions will be the last interactions before the play starts and have a huge effect on the ability of the players to do their jobs. As teams move to no huddle offenses it actually increases the importance of the Quarterback’s leadership. He will be responsible for getting the play and communicating it to the rest of the offense. His ability to get the play to the rest of the offense is critical if they are going to have success.

The next major characteristic to look for in a Quarterback spatial awareness. This ability to understand space and how to use that space to manipulate defenders. Again this is an ability that can be hard to uncover but it is normally the difference between good and great players. One way we can see this ability is through games that force players to make passes and use their teammates.

Related Content: Teaching the QB to Audible in the Option Offense

Since coaching defense, I have had the opportunity to coach many different schemes including the 3-4, 3-3, 4-4, 4-2-5, and I have come to conclusion that was brought up by Kirby Smith you are either an ODD or OVER. Do not get caught up in the name and work on your structure of your defense.

The Three A’s of Defensive Football

Defensive football has become more of a challenge over time and this is seen on every level of football from youth to the pros. The challenge of a defensive coordinator is how do you get your players to play fast, play aggressive, and play against every offense that you could possibly see with keeping your […]