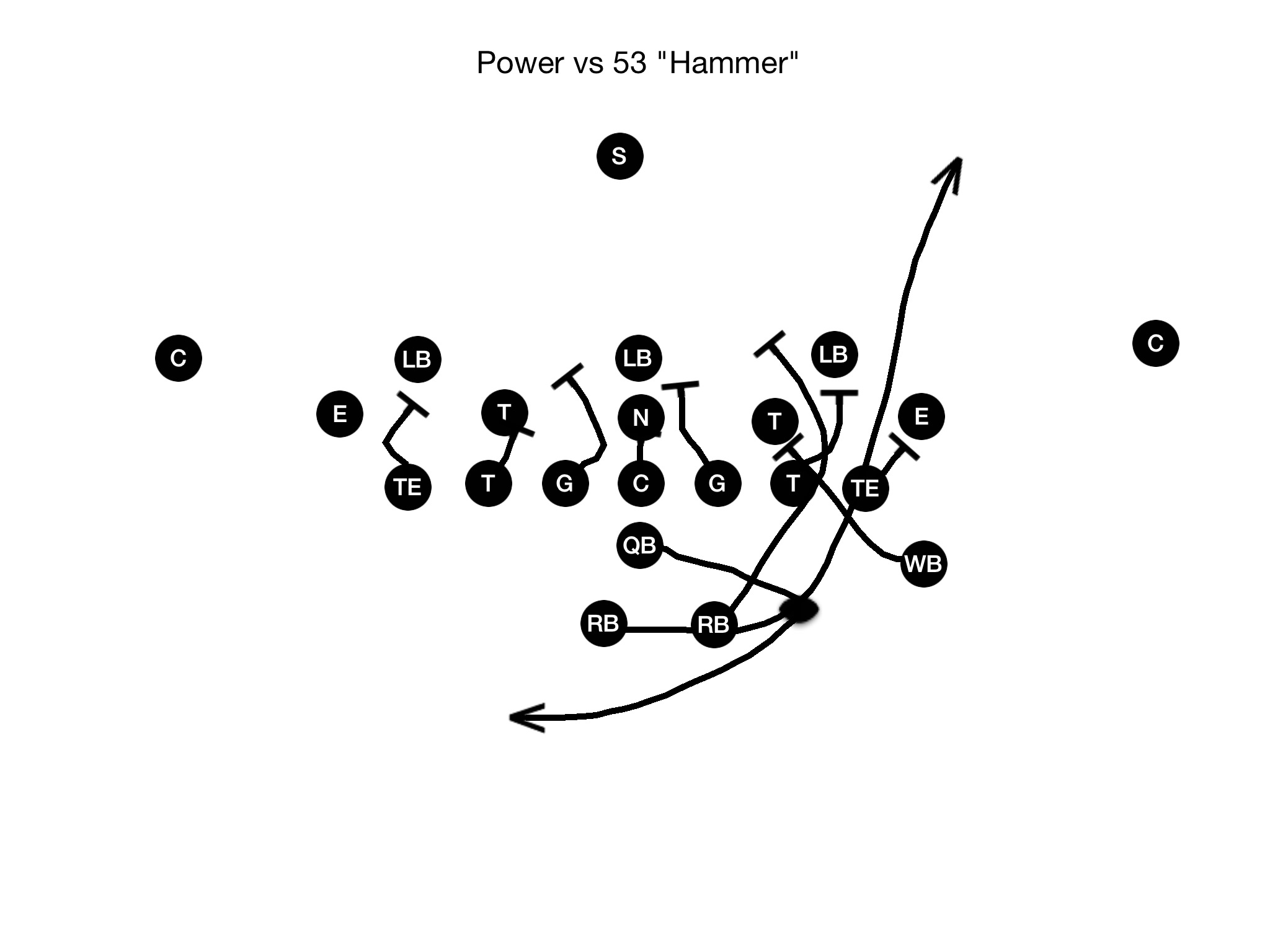 A couple years ago I was filming (scouting) an opponent and I noticed that they were taking their wing back and having him crack down on the defensive tackle. After watching how well they executed this block  I absolutely fell in love with it.  Two weeks later I decided to implement this blocking tactic. It is our “Hammer” call. On any of our power plays if we call “Hammer”, our wing back will execute the crack block on the defensive tackle. See some video highlights.

Why and  when to use this tactic:

After a couple of times running the power play with the hammer block, the defensive tackle will be so worried about getting cracked he will slow his rush down. This block will really slow down those aggressive defensive tackles.  In youth football, if you want a successful offense, it starts at the offensive line. The best way to block in youth football is to work angles.  We will do a ton of hammer blocks, crack blocks, down blocks, and kick-out blocks.  We will always try to out flank the defense, which will create favorable blocking angles for our kids.

Here is an excellent article on why you should use a wing back in your offense.

Executing the hammer block on the power play: