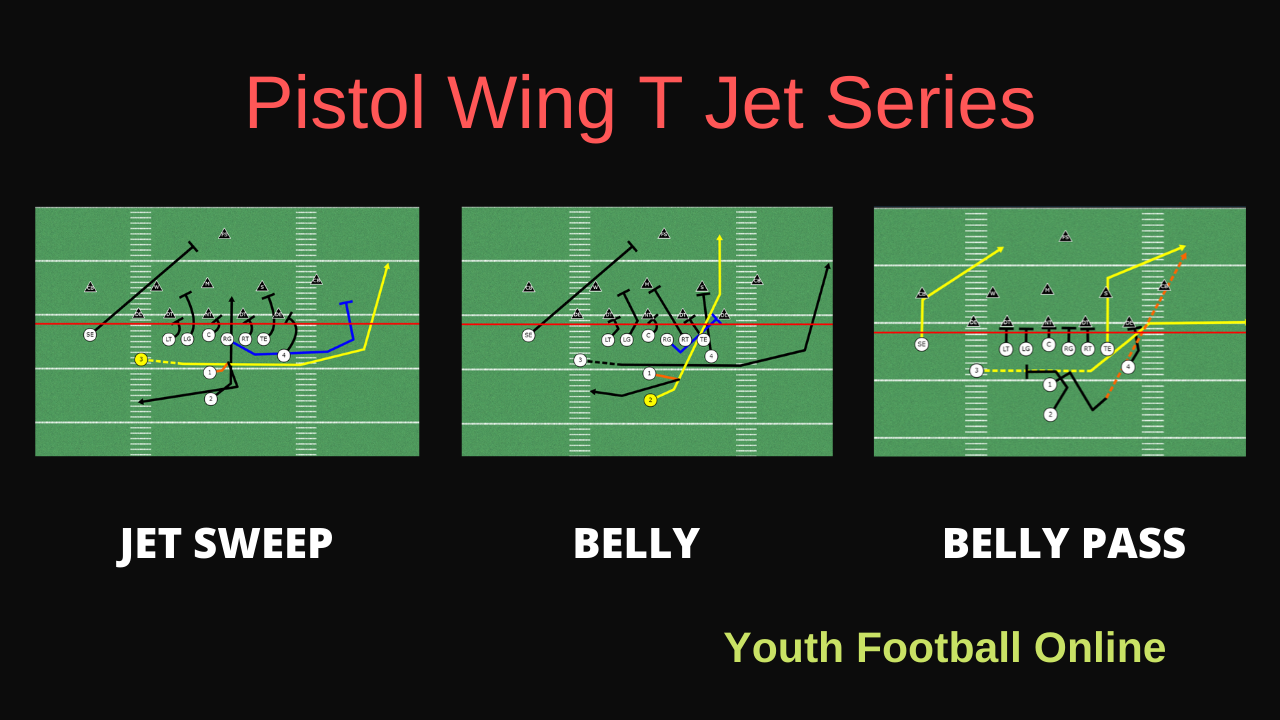 The Pistol Wing T Jet Series is a structured attack where all the plays complement each other. This 3 play series includes Jet Sweep, Belly, and Belly Pass. These 3 plays all complement each other and look the same the for the first few steps. This series is easy to install and it will allow you to score more points. All of these plays are executed to the TE side. Next week’s video will be these 3 plays to the Split-end side.

Right Guard: Pull outside, tunnel the cornerback. Make sure he doesn’t take any false steps into the the backfield. He’s got to move!

2: Fake belly handoff. He needs to execute a good fake.

Right Guard: V-step, pull and kick-out defensive end. The guard must pull right off of the butt of the (TE) and (RT). HE CANNOT PULL FLAT.

2: Take handoff, get downhill inside of the guards kick-out block.

4: Insert for outside linebacker. He can cheat his split in and up if he has too.

Tight-end: Corner route. He needs to drive his route up the field then break to the corner.

Split-end: Post patter. He needs to drive his route up the field then break to the post.

2: Fake Belly, peel back and block the backside.

3: Fake Jet Sweep- continue out on his speed out. He cannot go or lean forward until the ball is snapped.