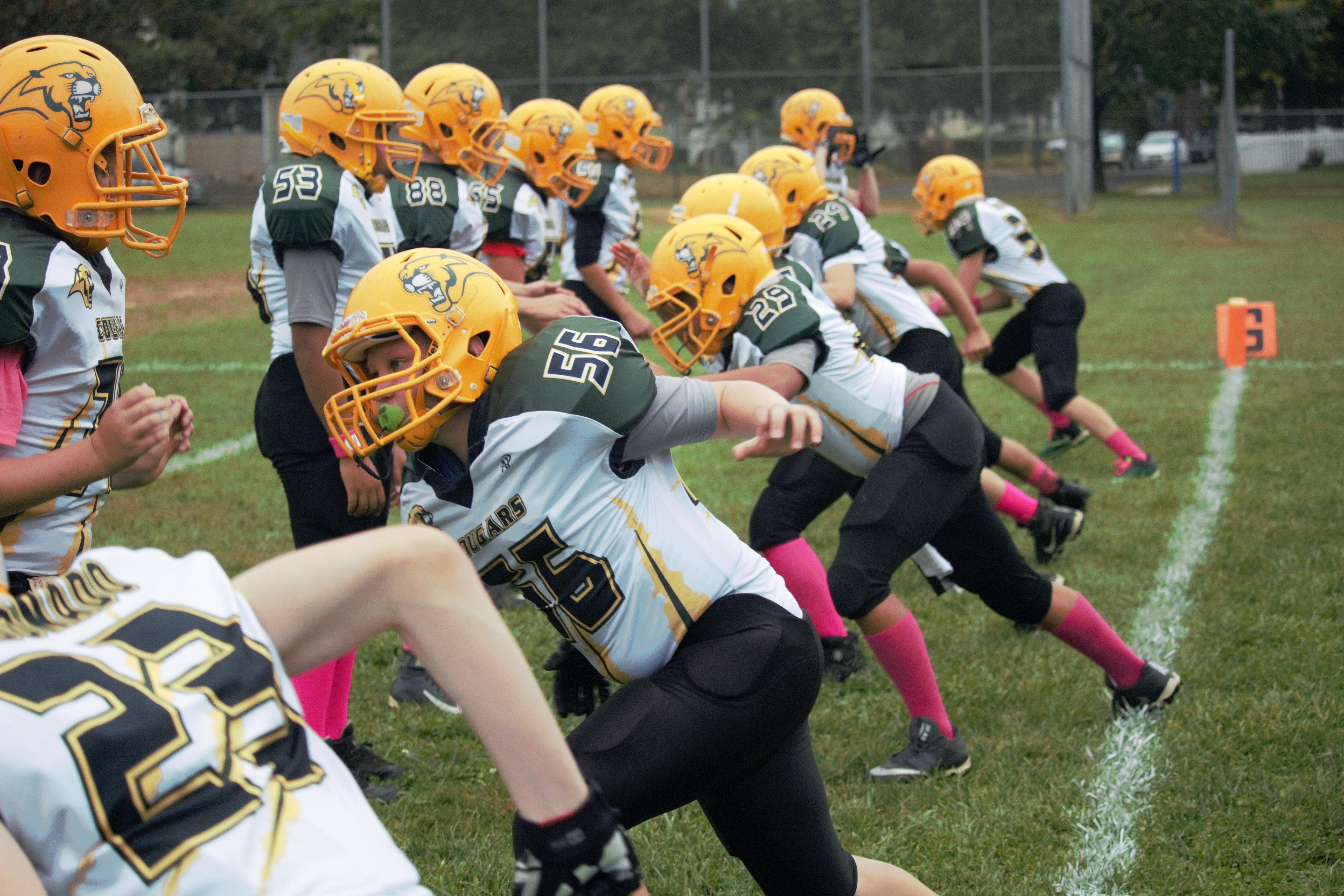 There are several key points for defensive linemen when they make initial contact. The first point is that they must make a small step with their back foot. Many young linemen will be tempted to take a big step thinking it will get them further. While this large step will bring them further, it puts them at a position of weakness because they only have one foot in the ground. This means that when they make contact with the offensive lineman they will have half the power, be off balance and will lose the initial contact. Instead of taking a massive step forward, the defensive linemen should take a step that brings the back foot in his stance slightly ahead of his initial front foot. This will give him the power position to deal with a offensive lineman trying to block him.

The Typewriter Drill is about developing these two coaching points, feet and initial punch. The only equipment that is needed is a 5 man sled. While the drill can be done with a two man sled it is difficult to get the amount of reps needed to master the drill. The defensive linemen will line up on each of the pads in a great stance with their eyes on the ball. When the coach moves the ball the line will take their initial step, deliver a blow and reset. In the start of the drill the coach can have them deliver the blow and keep their hands on the pad so he can check their position. After the linemen have reset, the coach will move the ball again and the linemen will repeat their initial step and strike before getting back into their stance. On the third rep the linemen will continue to drive the sled with their eyes on the second coach who is behind the sled to simulate the ball carrier. This second coach will point a direction and the linemen will rip to that side and run through the sled.