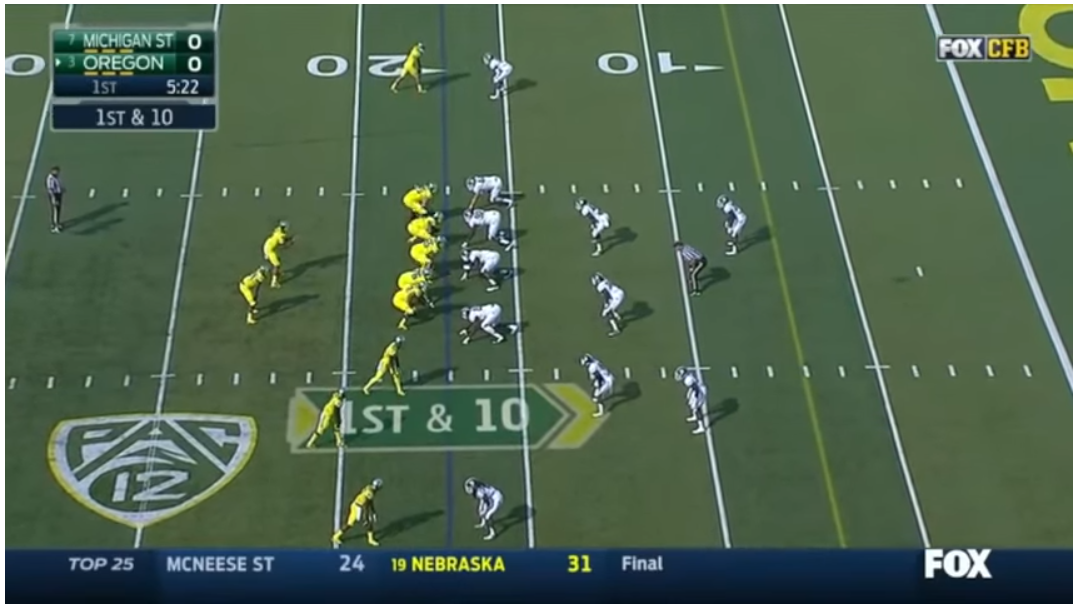 As offenses move to more wide open formations it’s important that defenses have the ability to respond to these formations. One of the most popular formations in football is the Trips formation. The Trips formation has three receivers to the wide side of the field and one receiver on the backside. This is also known as a 3 x 1 formation.

To defend the Trips formation it’s important to understand how the offense is using the formation. The goal of the formation is to overload the wide side of the field. If the defense does not adjust to this they can use their numbers advantage to attack the wide side. If the defense does adjust and rotate players over, then the offense will look to attack the backside with the isolated receiver.

As a result the defense is put into a position where theymust make a decision. They have to either commit to the three receiver side and rely on one on one coverage to the backside receiver or try to stay balanced and make the offense beat them with the three receivers. This is not a position that many defensive coordinators like to put themselves in.

The solution to this problem is to create hybrid players who are accountable to both the frontside and the backside of the pass defense. Essentially the defense is looking to steal a half player to play a specific route to the three receiver side while at the same time having responsibility covering the single receiver side. The best way to do this is through a coverage known as Special Coverage.

Special is a great way to get an extra defender to the three receiver while remaining sound against the single receiver. Special coverage all starts with the backside cornerback. He will be playing a modified man coverage. This means that he will be guarding the single receiver in man coverage unless the receiver makes an immediate cut to the inside. The definition of immediate changes for each defense but a safe way of defining it would be any in cut at or before his third step. The thing the cornerback has to watch out for is a slant by the receiver and then a wheel by the running back out of the backfield.

While this is a man coverage it is not a press coverage. The cornerback needs to play a little off to ensure that he can’t get beat deep, especially to the outside. The way many teams will attack this is to throw short passes to the single receiver on a hitch or similar route and force the cornerback to make the tackle. If he does make the tackle the offense has gained 6 yards and if he misses the tackle there is a big gain. This is where the backside linebacker has to get involved in covering the pass game. His goal, after he has ensured it’s a pass, is to get underneath the hitch pattern and disrupt the throw. This makes Quarterbacks and coordinators nervous because of the potential for an interception.

The backside safety also plays a crucial role in this coverage. The backside safety will play in the middle of offensive line at about 10-12 yards deep. He is responsible for any vertical route from #3 on the 3 receiver side but is also responsible for being the force player (outside run support) on the single receiver side. This player must be very talented and understand the game. While the coverage starts with the backside cornerback it is the Safety who make the coverage sound against both the run and the pass.

The front side of the coverage is essentially a Cover 3 look. In this look the Cornerback has the deep third. While he must ensure no one gets behind him he can afford to start closer to the line to disguise the coverage. The frontside safety is rolled down and is responsible for the sideline flat. One option that the players have is to make an opposite call. On this call the Safety is responsible for the deep third and the Cornerback takes the flat. This can be an effective change-up and makes for a great way to stop the bubble route.

The Nickel or Sam linebacker has the hook curl area to the three receiver side. He will line up by apexing the end man on the line of scrimmage and the #3 receiver. While he has run support to the D gap he also must make sure that the #3 does not get a free release up to the Safety. If #3 is able to get a free release to the safety it allows the offense to get into the Four Verticals concept that is designed to take advantage of single high safeties. If the offense is using this #3 to get vertical consistently the defense can switch to a special stay coverage. In this coverage everything remains the same but if the #3 receiver runs vertical the nickel will guard him man to man. The downside of this is it opens up the hook/curl passing zone. It makes for a good change up but should not be a base coverage.

The Special Coverage is a great way for the defense to take away the offense’s advantage on the three receiver side. Like anything it has strengths and weaknesses but if the backside cornerback and safety are capable of performing their jobs the coverage can really frustrate offenses.