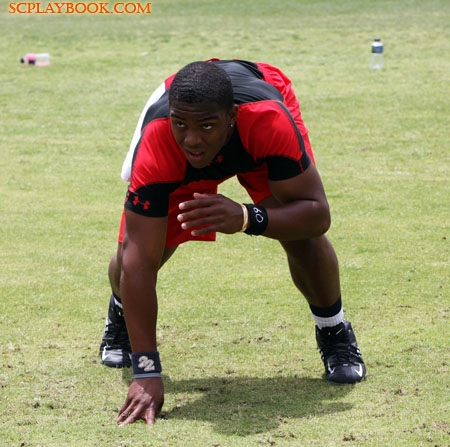 In almost every youth football practice or game that I’ve been involved with I have seen incorrect offensive line stances. Teaching the three point stance properly is one of the most important techniques for offensive linemen. A proper stance is the first essential step to a successful block on a defender. I’ve outlined key coaching points for a teaching the three point stance in  youth football.