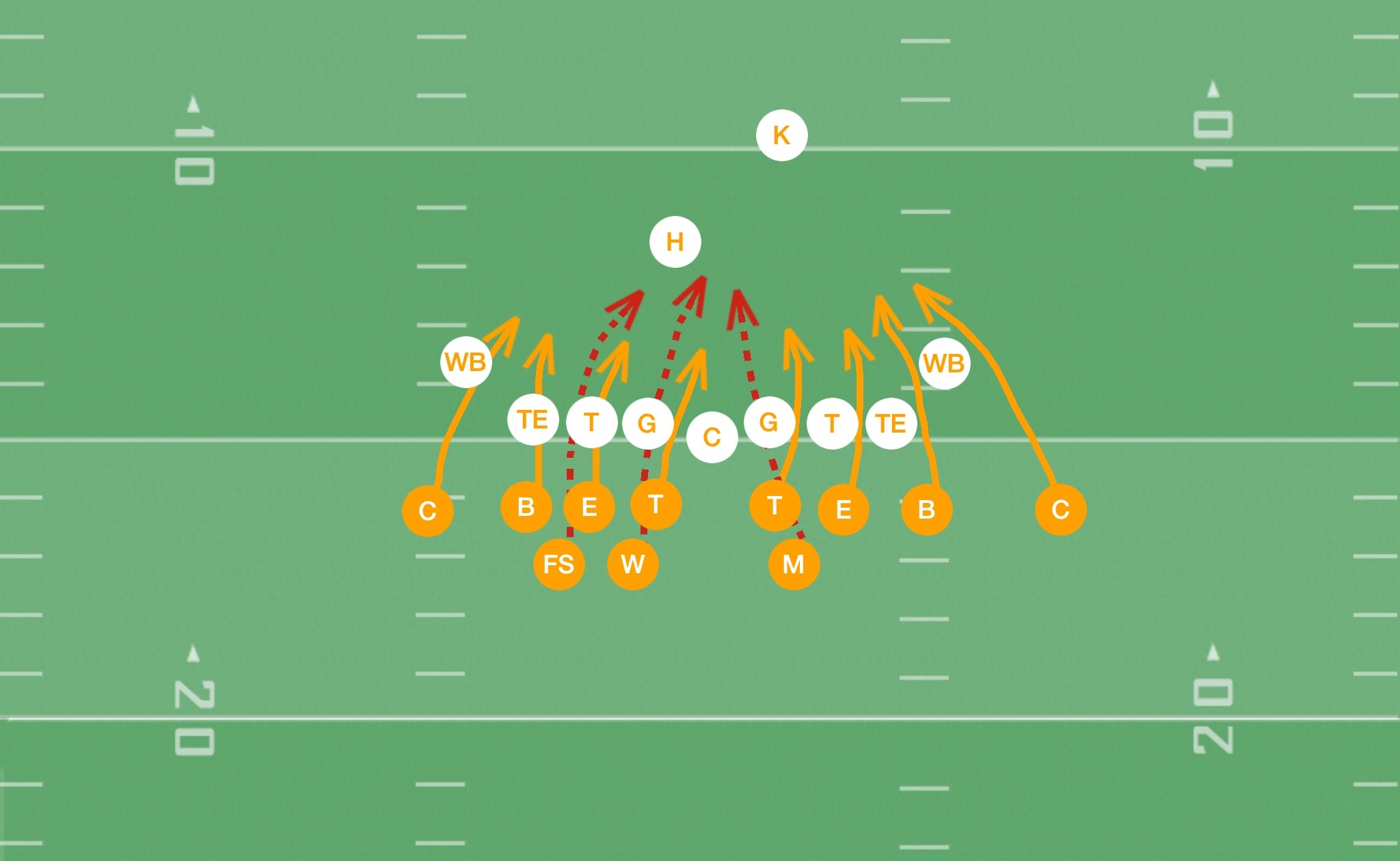 Last season we won a game 23-20.  We scored 3 times, they scored 3 times.  We converted 2 out of 3 extra points (kicking the 2), they missed 2 out of 3 extra point attempts (kicking for 2). We blocked one kicking attempt. The other attempt they had a bad snap over their holder’s head.  They lost solely on their inability to covert their extra points. This was in a playoff game where our teams were very evenly matched (this was one heck of a game). The difference was we committed  a lot of our practice time to converting and deterring extra points. They clearly didn’t. We practice our extra point block play & scheme daily. We also practice our snap, hold, blocking, and extra point kicking every single practice.

This extra point block play & scheme features an overload blitz to the left side and an twist blitz on the right side. You can run an overload to both sides, or even the twist to both sides.

The right side will run a twist blitz/stunt. The defensive linemen on the right side will also line up over an offensive linemen. On the snap of the football, they will rip through the outside shoulder of the O-linemen they are head-up on and try to block the kick. The (M) backer will line up directly behind the right (T) show a blitz right, then blitz A-gap (to the left) once the ball is snapped. You can also bring a linebacker over from the left side and run a double twist to the right side. You can run a twist behind the (T) & a twist behind the (E).

We had most of our success with the overload side.