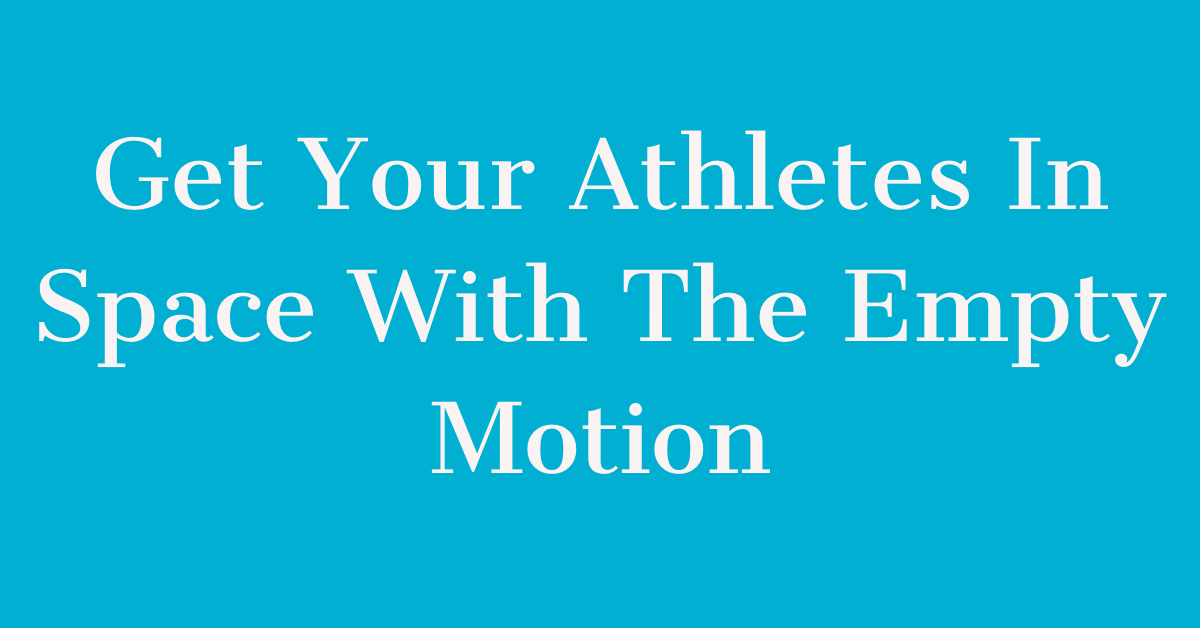 The goal of any offense, especially a Spread to Run Offense, is to get the ball to playmakers in space. By creating space around playmakers, the ball carrier has more room to make something happen. In addition, the more space a defender must cover, the more difficult the tackle is. One of our favorite ways to create space for our playmakers is through the Empty formation, we especially like to motion to the Empty formation to force the defense’s hand.

Our standard motion into Empty is a little different than most team. In our Empty formation we will place the F as the #1 receiver on the short side of the field. There are a couple of reasons why we like to do this.

The first advantage is that it gives the Quarterback a very clear picture on if the defense is in a man or zone coverage. If the Cornerback is wide on the #1 receiver it is more than likely a zone coverage. If the Cornerback is lined up on the receiver and there is a Linebacker over the F it’s clear that it will be a man coverage. When we motion our back out to Empty the normal response, especially the first time we do it, is for the Cornerback to bump wide and the linebacker lines up on #2. If the defense is in a man coverage than we have a matchup where our receiver is lined up against a linebacker. We like this matchup and will take it every time.

The second major advantage of putting F at #1 is that it keeps route simple for our F while giving the inside receiver space to operate. Our F will only run either a hitch or a go. If we are going to our Empty set we are either attacking the defense on the wide side with a concept or punishing them for putting a limited amount of numbers into the boundary. If we are going to go into the boundary we are either throwing a Slot Fade to our receiver, in which case we want our F to run a hitch and keep the Cornerback down. If the Cornerback does drop to double the receiver deep we will throw it to our F on the hitch and we have our best runner with the ball in space.

The other route we will use is an option route by our receiver. In this case we want our F to get vertical and clear space for our receiver to work. If the receiver gets man coverage he will run an out against whoever is lined up against him. If this is a linebacker this makes for an easy completion. If it is a Cornerback then we have a linebacker on our Running Back wide which could be worth a deep shot. It also means that there are no more than 4 defenders who can play the box so the Quarterback run game is open. If the receiver gets zone coverage he will look to find the space at 5 yards deep and face the Quarterback.

These are two very simple plays that we use out of our Empty Motion package. While these are very simple for us to run, and they aren’t complex plays to defend, the fact that the defense must prepare for them and be able to defend the Empty passing game every time we are in Trips adds a layer of stress to their preparation.