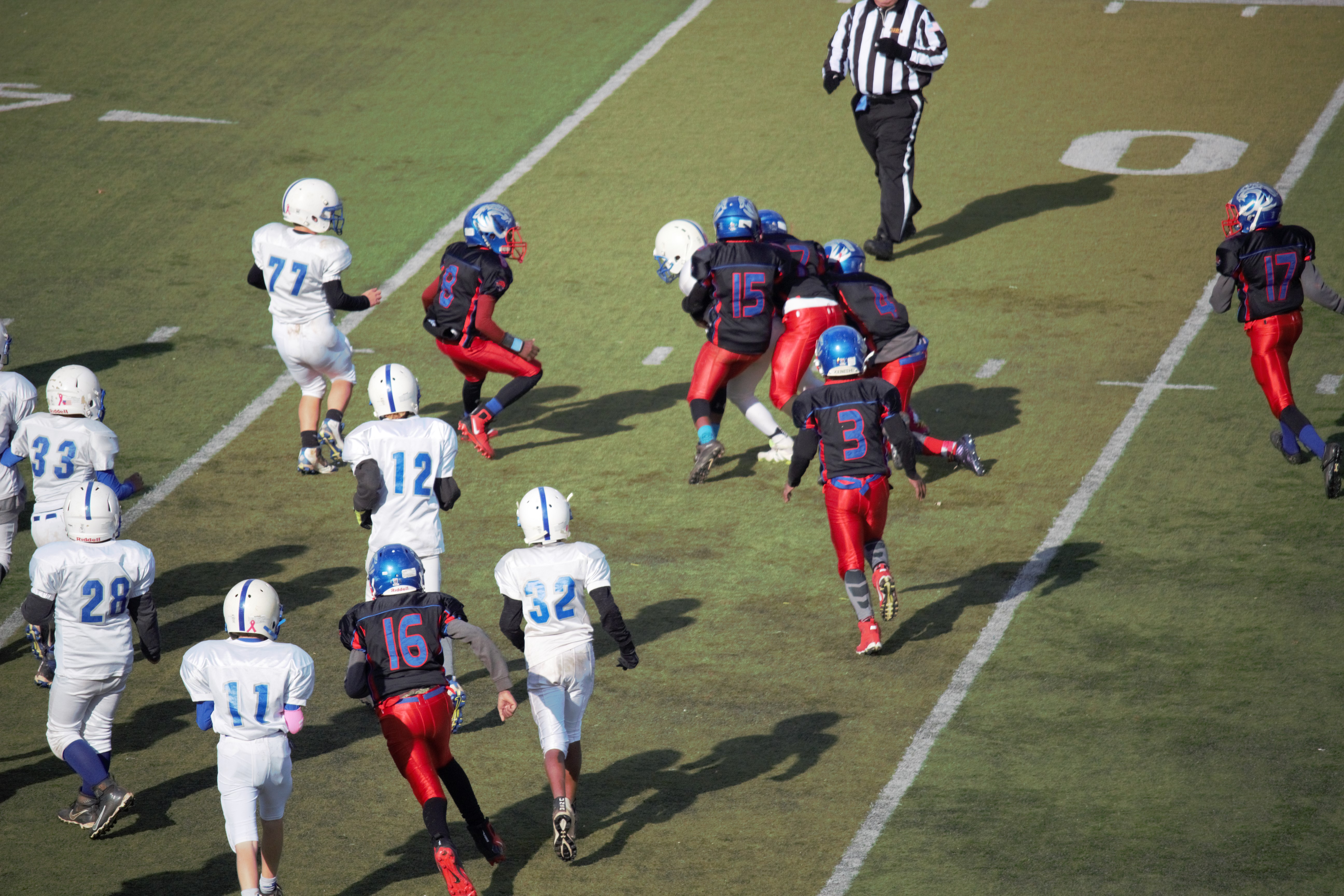 Championship defenses all have one thing in common, they all do a great job of swarming the ball carrier. There is nothing more demoralizing for an offense than having a defense that is absolutely smothering. Getting to the ball carrier is all about effort. The swarm mentality has to be instilled into your players from day one.  It’s important that the kids understand that if they cannot get to the football they will not play much defense. The Swarm mentality is something that the kids have to buy into, and it is something that needs to be practice regularly. Developing a swarm mentality on defense doesn’t happen overnight, it something that will get better as time goes by.

Developing a SWARM Mentality on Defense

Benefits of the SWARM Mentality

We also practice execute our blitz and slants during our pursuit drill.

There is nothing more demoralizing for an offense than having a defense that is flying around are swarming your ball carrier. It not only frustrates the players, it frustrates their coaches as well. It’s not a good feeling when every single play there are 5 + defenders around your running back. It isn’t hard to frustrate kids and once they are demoralized they will not play well.  In youth football, so many offenses rely on big plays. The likelihood of an offense going 10+ plays and scoring is slim. When you make the offense have to drive the field it will only be a matter of time before they take a penalty, fumble, or make a mistake.  Don’t give anything easy.

The more defenders you have around the football the better chance you have at forcing a turnover and or recovering a fumble. When you have 5 defenders around the ball carrier you have defenders to secure the tackle, force a fumble (rip at the football), and recover the fumble. Generating turnovers is a numbers game. The team with more players around the football will have a better chance at recovering a fumble or getting an interception off of a tipped pass. How many times have you seen a tipped pass in youth football that falls on the ground or an offensive player is able to catch it? A lot I bet . A youth football offense will give you at least 4 chances (per game) to get a turnover because of a mistake they make (unforced turnover). If you instill the mentality to get to the ball carrier, swarm the ball carrier, and rip the ball out, then you will generate a ton of turnover. If you win the turnover battle, you have great chance to win the football game.

The SWARM mentality is something that your players can own. It’s fun to play defense, it’s fun flying to the ball carrier, it’s fun forcing turnovers, and it’s fun frustrating offenses. It’s important to make the pursuit drill fun, have the kids flying around with energy. It’s important that all coaches share that same energy and enthusiasm. Celebrate plays that you had 5 or more players around the football. Celebrate the pursuit drill in practice, overtime it will be a drill the kids will actually look forward to doing.  Playing defense is fun and every player should want to get to the ball carrier and be involved in the play.