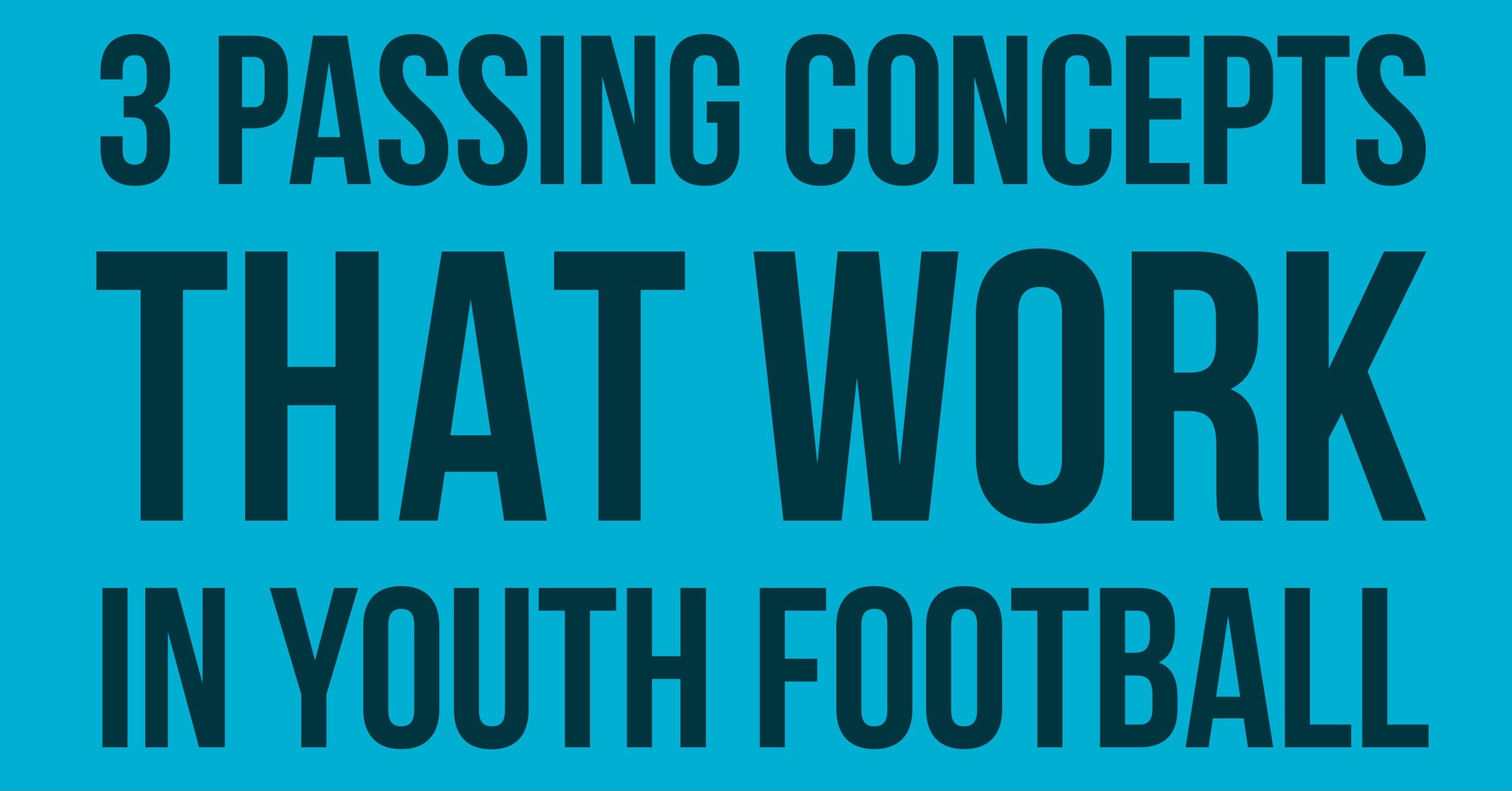 One of the BIGGEST pet peeves that I have with Offensive Coordinators of “young” football teams (10u and younger) is the dreaded “One Man Route.” It is 3rd and long, and one receiver is releasing from the line of scrimmage and into the secondary. While your offense may experience situational success with “one man routes”, it is important for your Quarterback’s development and the growth of your offense to incorporate pass concepts with multiple options for your quarterback. Within Youth football, defenses have trouble containing 2-3 different receivers and by introducing various concepts that place horizontal (think “sideline to sideline”) and vertical (think “end zone to endzone”) stress on the defense, it provides the potential for big plays in the passing game for your offense.  Here are my 3 favorite pass concepts and how they have helped my QBs throw for close to 2,500 yards and 25 TDs over a 3 year period:

3 Pass Concepts for your Young QB

This horizontal stretch concept can be utilized anywhere on the football field with great success, and this concept is effective against zone and man coverage. Here is “Snag” for us out of a variation of a 2 by 2 route we would run. We utilize the R4 system, and our QB is taught to look at the corner route first (his “Rhythm” route) once he clears the pocket, then to look at the spot route (his “Read” route), and finally the arrow (his “Rush” route). With this horizontal stretch on the defense, in addition to our motion to trips, we often have the advantage with 3 receivers running routes on 1 side compared to 2 defenders. This concept is one that I think is adaptable to all types of offenses.

Here is the pre-snap look that we received against our 2 by 2. As you can see below, this play was 4th and long so we faced a 4-1-6 formation, with the Middle of the Field Open (MOFO).

Now here is the “post-snap view” of our snag concept in action. With the motion of what we call our “2” Receiver across the formation, the man guarding him actually blitzed backside instead of following his man, leading to a 3 vs 2 receiver advantage on our concept side. The Arrow route, while being our Rush route (3rd progression), is wide open, and the QB made the right decision in throwing him the football. The receiver ended up doing a great job after the catch and got us the first down!

Here we have an Air Raid staple. This concept is a great concept to call on 3rd down with 4-6 yards to go. The way that we run the “Stick” concept, as pictured below, is to pair an out route with the stick route, to create a horizontal stretch on the defense. In the picture below, out of our 3 by 1 set, we found that the stick concept (to the QB’s right), was a great staple to our passing attack. More often than not, youth football defenses struggle to defend trips, so we utilize that fact to our advantage in our passing attack.

Here is the pre-snap look that we received against our 3 by 1 set. This was the 2nd play of the first game of the year, so we got a completely standard 5-3 look against our set, which pre-snap, we would consider a “win”.

Now here is the “post-snap view” of what our QB saw at the time he made his decision. The stick was being covered by the MLB, the OLB was attempting to cover our “4” receiver (the 2nd receiver from the sideline), and the corner was covering the receiver. In our system, we would have the QB first look at the Vert (“Rhythm” Route), then to the Out (“Read” Route), and finally to the Stick (“Rush” Route). Our QB made a clear decision to throw to the Out route, who was clearly open, and this concept was a key staple in our passing attack for this game, and this season.

This vertical stretch concept is utilized at all levels of football and is very adaptable for many offenses. While the Corner/Hitch concept side route combo displayed below is the example I have provided, there are various other route combos that can be considered as a “Smash” concept.

Now let’s take a look at the post snap view of the formation. As you can see, the defense does a great job of covering our smash concept as the corner stays tight, and the LB does a great job of walling off our slot receiver as he runs through his zone. There is limited space, but for a 12-year-old QB, even one who threw for over 1000 yards and 15 TDs in a season, this is a tough throw. The smash concept is sound and there was open grass on this play, but the defense forced a tough throw and we were unable to convert this play.

I hope that you will consider investing time into at least one of these 3 concepts for next season. Providing your Quarterback with multiple options on a different pass play will significantly raise the potential for more explosive plays within your offense.  Always keep ‘em guessing!