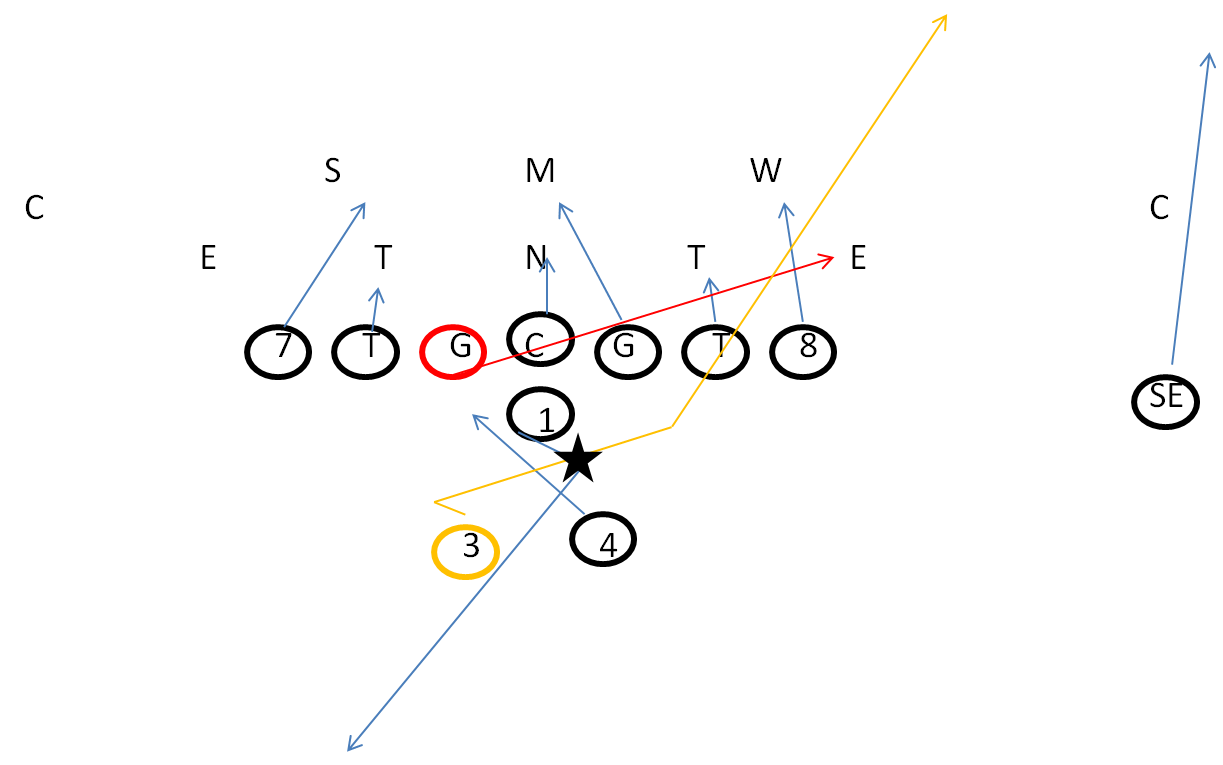 Right Guard: Down block or work onto a linebacker.

Left Guard: Pull and kick out the defensive end. Aiming point is the inside hip of the defender.

8: Down block or work onto a linebacker.

1: Open up left fake to the 3 and then turn and hand the football to the 3 back coming across.

3: Short jab step left; make sure the 4 crosses then look to cut behind the guards kick-out block.

4: Fake to the left, fill the pulling guard’s gap. It is important that the 4 executes a good fake.

SE: Run off cornerback. Keep an eye on the corner and see if he is respecting the SE. If the corner isn’t running with the SE you can fake this play and throw to the split-end. When the SE runs off the CB he must do so at full speed.