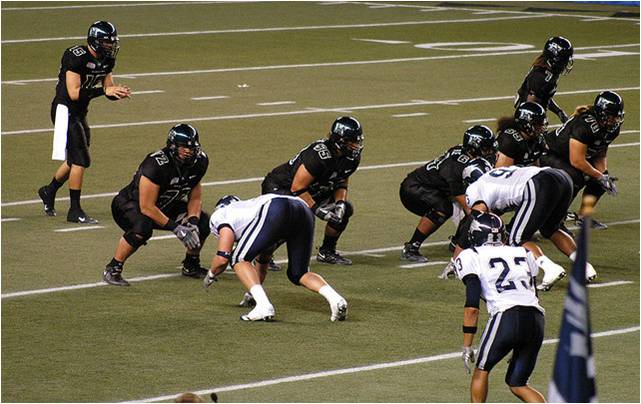 The Shotgun Formation in Youth Football

The shotgun formation can be used in youth football with great success. Many coaches are hesitant to use the shotgun formation because of the risk of fumbled snaps. With enough practice time/reps the shotgun snap exchange will be executed fluently. If you decide to go with the shotgun make sure you practice at least 3 different centers. If one of your centers gets hurt, you will need capable backups.  Remember, practice makes perfect- reps, reps, and more reps.
Create your own user feedback survey

Just because you are in the shotgun formation doesn’t mean you have to pass the football!  When you have an athletic QB, you can run plays to utilize his athletic ability. The quarterback trap, quarterback iso, roll out passing plays (run/pass option), and QB sweeps are probably the best plays. It is difficult for defenses to prepare for and defend a mobile QB.  Having a quarterback that is a running threat also takes away the defense’s extra defender.

Coaching Tips for the shotgun formation in youth football:

Score points and take it to the defense with this: Shotgun Wing T Playbook.