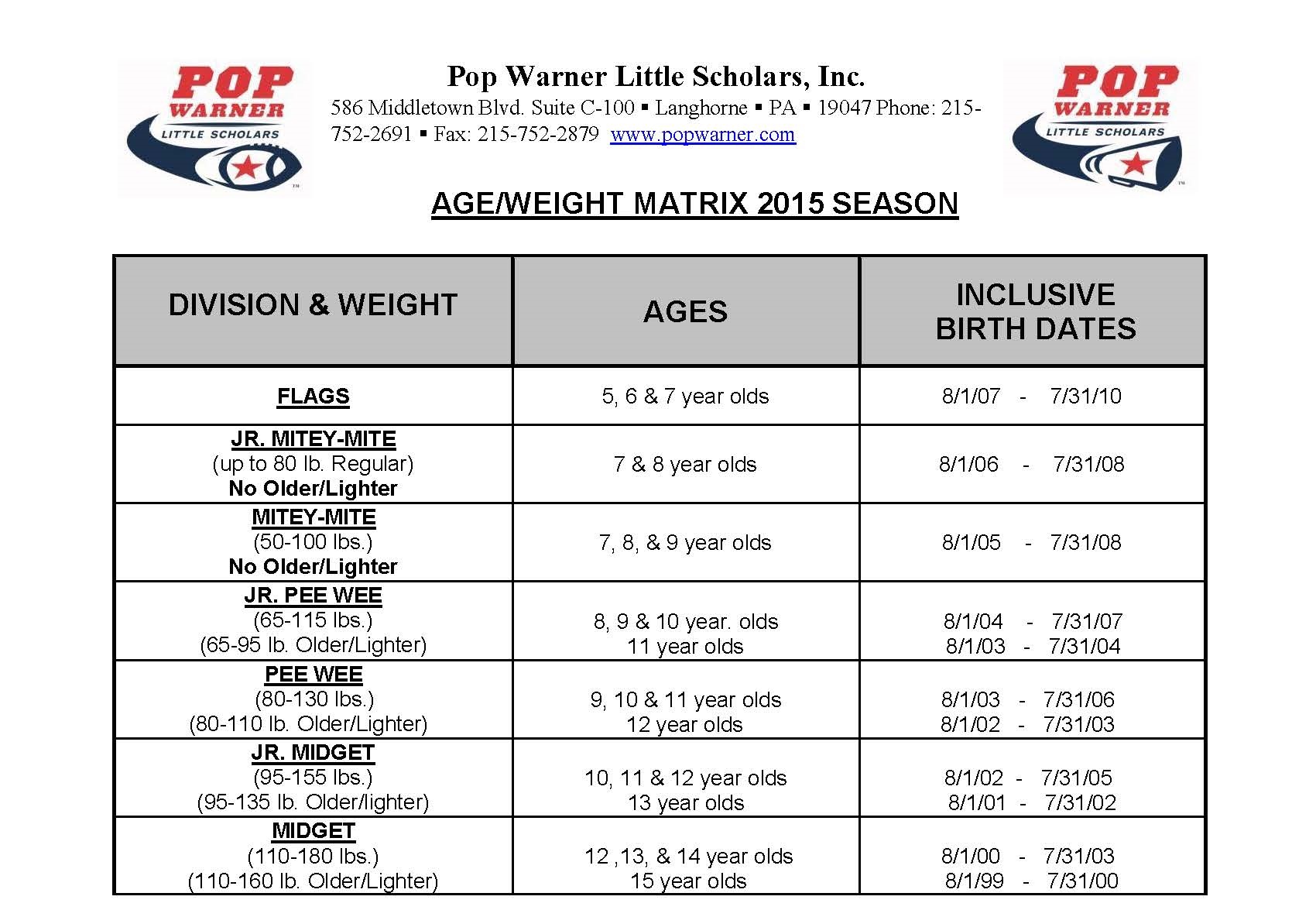 If you were to look at the teams that struggle and compare them to the dominate teams in a league,  you will probably see the dominate teams are loaded with older but lighters. I will be the first one to tell you that coaching does make a difference. Good coaches will at the very LEAST have their kids prepared and competitive every single game. My teams are competitive every year, regardless of how many older but lighters we have. BUT! It will usually be tough to beat a team that is loaded with older but lighters. During elementary and middle school years, the older but lighter kids have a clear advantage over teammates and opponents. They are usually bigger, stronger, and faster.

I am not a big fan of the “older but lighter” rules at the older age levels because organizations tend to abuse the rule. Some programs will stack one or two teams to try and win the championship. These stacked teams will roll over weak competition on their way to the playoffs. With that said, you will see many inferior coaches get bailed out by their older but lighter athletes. But, the poorly coached teams will tend to lose in the playoffs or in the regional competitions when they face other teams with just as many or more older but lighters. When the playing field becomes level, that is when coaching makes the biggest difference. I understand the logic behind the rule. There are some undersized kids that benefit from the rule. In my 11 years coaching in Pop Warner and my 2 years coaching in AYF, many teams abuse this rule.  I feel kids should play in the age group they are in. If a kid is in 6 grade, he should be competing against other 6 graders.

Don’t get me wrong, I am a big fan of Pop Warner and American Youth Football. I have been coaching in those leagues my entire career. There are many kids that do benefit from these older but lighter rules. These rules were created for the safety of the kids.

What are your thoughts? Tell us in the comments…