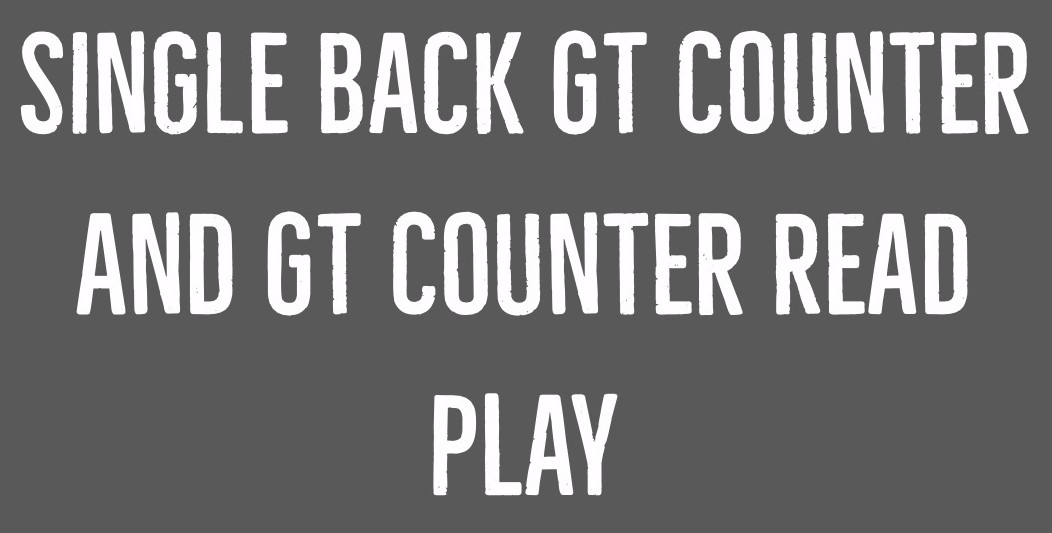 The Single Back GT Counter is one of the most effective schemes in football. On the front-side of the play it uses angles and down blocks to create a wall. On the backside of the play the Guard and Tackle pull to kick out and become the lead blocker. The effect is a play where the offense uses angles on the front-side and then brings more numbers over to dominate the point of attack.

One thing that makes the GT Counter Scheme so interesting is the ability to use different tags to change the different roles of players. One of our favorite tags is the Flip Tag where the Quarterback become the Counter Runner and the F is threatening the perimeter on the backside to hold the backside defenders. This can utilize a running Quarterback while also presenting the threat of the running back on the short side of the field, all while reading the backside C Gap Player and making sure the ball goes away from him.

Related Content: Using the Bluff Tag off of the Inside Zone

The effect of this play is twofold. First it completely takes a strong defensive end out of the play. One of the best ways to minimize the impact of a great defender is to read them. When a defender is read effectively they are taken out of the play and forced to make the wrong read. This is not only good for that play but can also lead to dominate players being frustrated which can make them play undisciplined.

The other major effect of this play is that it presents all sorts of issues for the linebackers. If the linebackers are following their keys and reading their Guard they will be brought towards the Counter side of the play. If the ball is tossed to the Running Back this can become a major frustration for these players and slow them down enough that the F will have a big gain. If the linebackers start to get their eyes in the backfield the offense now has the advantage and can use play action and all sorts of ball fakes to take advantage of the defenders.

The best part of the Flip Tag is how it can create a situation where you can make one of the best defenders wrong every time while also challenging the eye discipline of the linebackers. When you are able to do both of these at the same time you can frustrate players and make them start to play undisciplined.