Home / Uncategorized / 3 Must Have Flag 7 on 7 Football Plays 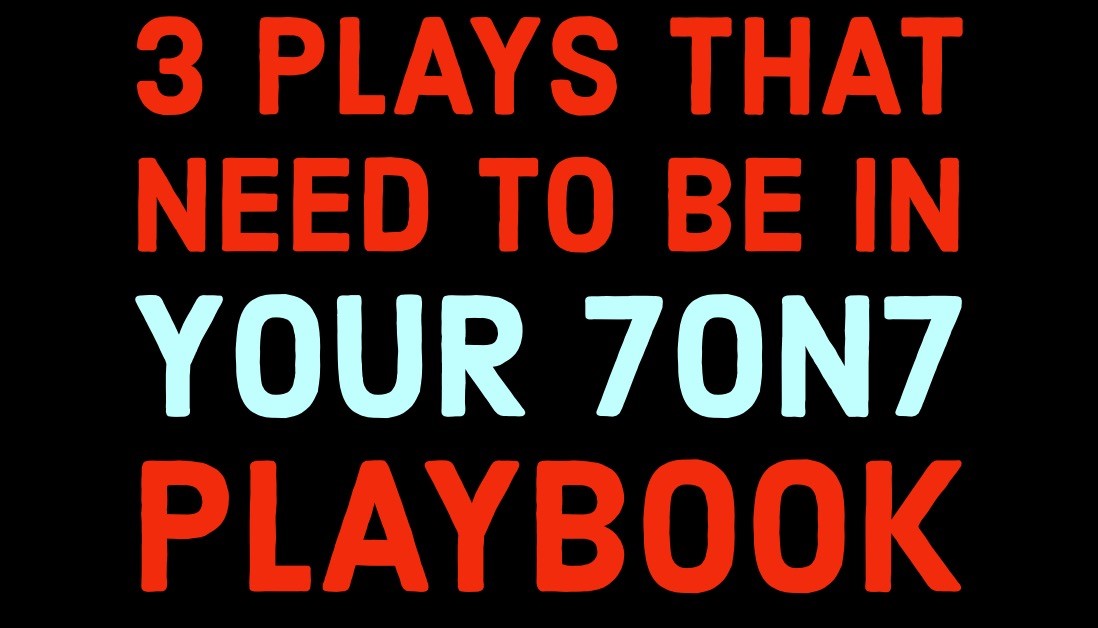 I am coaching a 7 on 7 spring league that starts this weekend. I love 7 on 7 during the spring because it’s a great way for my players to get together and stay busy during the off-season. It is an opportunity for us to install some of the passing concepts that we are going to use in the fall.  I am coaching the 10-11 year old team so we should be able to install some great plays. What we try to do in 7 on 7 spring leagues is find ways to get our athletes the ball in space and let them use the width of the field.  Most defenses will play man to man coverage so we love to utilize crossing routes, motion routes, and rub concepts. Every league has different rules so some of these plays may have to be altered to accommodate your leagues rules. In our league, there are no running plays, but you can execute behind the line throws/screens.

Here are 3 Must Have Flag 7 on 7 Football Plays

These are three plays built into one. How the defense is adjusting to our motion and how they align will determine which route will be called. If the defense isn’t running or they aren’t keeping up with the motion player, we will hit the Speed Out or Go route. If they are playing zone coverage or off man to man coverage we will have the motion player run the bubble.  The bubble is a great way to get our athletes the ball in space and allow our athlete to get separation from the defenders. Not to mention that the bubble route is somewhat of an easy throw and catch for our kids.

Have the motion player do a shallow out route when the defense is playing man to man coverage. Motion the player across so that he can be at full speed when the ball is snapped. Most of the time the defenders will not be able to keep up with the motion player. This is an easy throw and catch. This play will allow your receiver to get separation and it will allow him to make plays in space.

When the defense isn’t running with the motion player call this go route. Motion the player across and have him turn up-field and run a go route. This is a great play against defenses that do not have a safety. Keep in mind that the receiver doesn’t have to be 20 yards down the field before the pass is thrown. As soon as the motion player turns up-field, have the QB throw it. The deeper the throw the more difficult it is for the QB and the receiver to complete the pass.

This play is great against zone defenses and man to man defenses that are playing soft coverage. The bubble screen is an easy throw that has a high completion rate. The motion player must belly his motion back a couple of yards so that he creates an easy throw for the QB. This will give your athlete some separation and allow him to make plays in space. We run these three built in plays to our best player. We utilize motion to free up and to get our athletes the ball in space.

The crossing route concept will allow your athletes to use the width of the field. It is a great concept to run with your fastest players. It will allow them to out run the defenders and it will create coverage confusion. Crossing routes are very easy to complete and they work well against both man to man and zone coverage. The left slot receiver will run 9-10 yard crossing route (deepest crosser), the right slot will run a 6-7 yard cross route. It’s important that the crossing route players continuing running outside. Also, make sure they don’t collide.

The rub concept is arguably the best passing play in 7 on 7. It’s very good against man coverage and it is also very good against zone coverage. The rub concept will allow your inside receiver to get a free release to the outside. This is a quick hitting play that is easy to complete and has big play potential. There are also options to the stacked side where the front receiver runs a Go Route and the back receiver runs a Quick Slant.